My Newton roots run deep. My parents were immigrants from Europe - my father left Nazi Germany as a teenager. My mother came to the United States from Czechoslovakia after having survived the Terezin concentration camp. My family moved to Newton when I was a small child, and I attended Cabot, Bigelow, and Newton North, as did my younger brother and sister. Roberta and I returned to Newton to raise our three children - our sons are Newton public school graduates, and our daughter is a sophomore at Newton North. 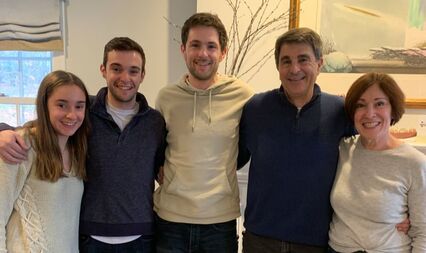 I also have a lengthy history of professional and civic involvement. A graduate of Cornell University and the University of Pennsylvania Law School, I am one of the founders of my Boston law firm, Laredo & Smith, LLP, where I concentrate my practice in the areas of business litigation and general business law. I serve on the editorial board of the Massachusetts Law Review (formerly as Editor-in-Chief) and was formerly a member of the Board of Directors of Middlesex  Partnerships for Youth, on the Board of Trustees of Temple Emanuel in Newton and co-chair of  the Temple’s Nominating and Governance Committee, chair of the Ward 7 Newton Democratic Committee, and a Newton youth soccer coach.

I am grateful for the opportunities that Newton has given to my family and me. It has been a privilege to serve my community on the City Council and School Committee. Please feel free to contact me with any thoughts or concerns, and I hope to hear from you!